Contained within the hundreds of Contact Reports between Billy Meier and the Plejaren is information about Earth-man’s true history on the planet and its extraterrestrial influences.
Contact Report 710:
Billy: “With this I can say that the Earth-foreigners, who are generally simply called extraterrestrials or aliens by the Earthlings, have in fact been around for a long time. They stayed here and worked in many ways, as did their distant descendants, but they have also been active on Earth for centuries and millennia up to the present day, flying around and in and out of the Earth, and are observed again and again around the world by the Earthlings, whereby the American continent is of particular importance in this respect. Their early ancestors worked in many different ways on Earth, and also in various countries in Asia, North Africa and partly in Europe, but mainly in the early days in the North African country, which in later times was called ‘Kemet’ and then finally in later times Egypt, after which this name has been preserved until today.

Gods of the Past:
The gods of the past were extraterrestrial leaders who had great wisdom and knowledge and so the original meaning of the word god meant `king of wisdom`(i.e. the highest level of knowledge that can be obtained while in a material body). Their stature (some were titans ) and the beamships which they used, must have amazed the primitive earth human beings who revered and worshipped these gods. Rather than give the true origin of the earth human being, it was convenient for such a god to elevate himself to the level of a divine being and creator of the universe, so that he could then claim that human beings were his creations. Jehovah, who is God of the `Old Testament`, proclaimed himself to be such a devine god and he was well known by the Plejaren, our extraterrestrial cousins.

From `49 Questions`, Q.33 – Who Was Jehovah? :
Contact 39, 3-12-1975. A conversation between Billy and the Plejaren woman Semjase:
Semjase: . . . I am quite familiar with his features. You terrestrials refer to him as the God from the bible, but we named him `Jehovah the Unjust and Cruel`. His death took place approximately 2,150 years ago. He was a very evil and power-hungry life form who ruled during the same period as another, kind JHWH [Ishwish], and who led countless human beings on Earth to death and destruction. 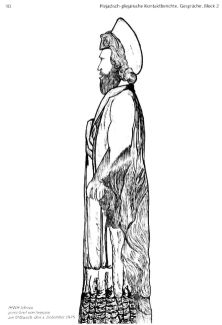