Christianity stems from the teachings of the biblical prophet Jesus Christ, but there was no such historical person. The life of this fictional character is based on that of Jmmanuel (Immanuel), whose life story is written in the `Talmud Jmmanuel` which has been translated into several languages since the discovery of the original manuscripts in the so called burial cave of Jmmanuel in Jerusalem.
Some key truths which are found in this book and which point to the falsifications in the New Testament of the bible are:
*Jmmanuel was begotten by the extraterrestrial Gabriel.
*Judas Ischkerioth wrote the Talmud Jmmanuel and was not the betrayer. Jmmanuel was betrayed by Judah Iharioth, the son of the pharisee Simeon.
*Jmmanuel did not die on the cross. He was in a state of near death and he was healed by some friends from India who entered the burial chamber through a secret entrance, through which he escaped after 3 days.
*Eventually Jmmanuel travelled to Kashmir together with Judas, his mother Mary, his brother Thomas and some disciplesses.
*Jmmanuel married, had several children and died and was buried in Srinigar, Kashmir at the age of 113. 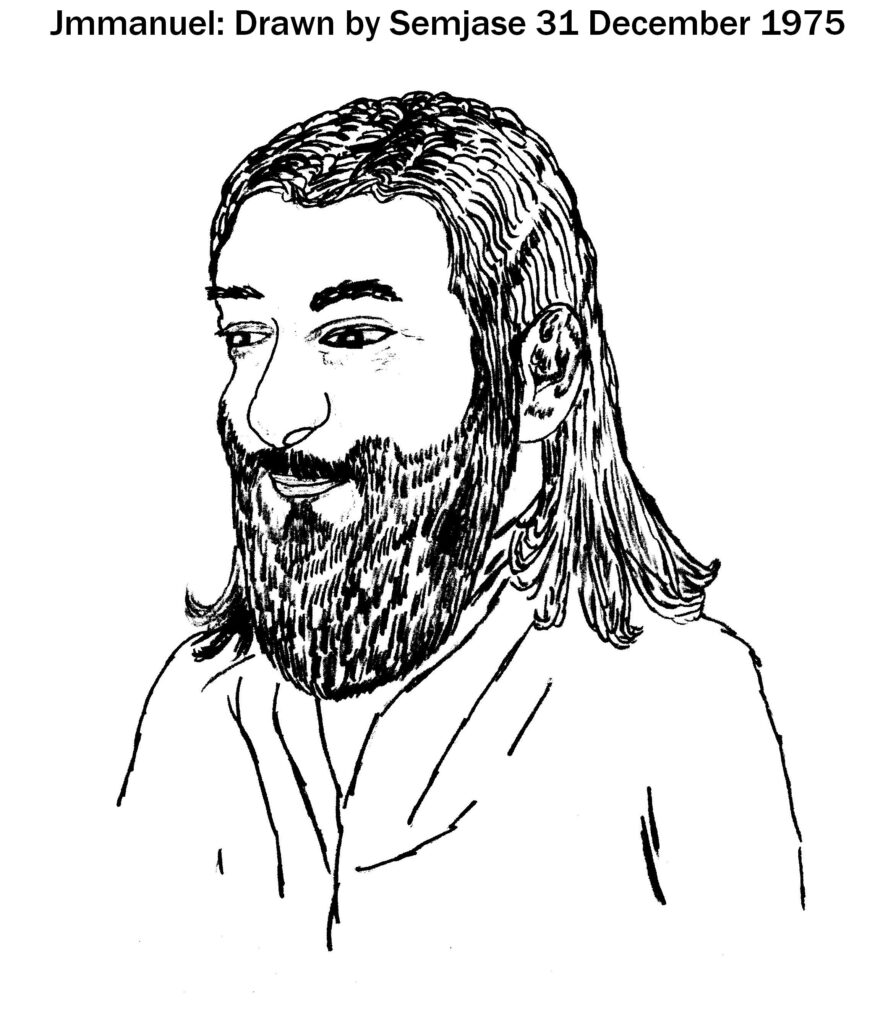 Quotes From The Talmud Jmmanuel:

Mohammad:
Ch.30 Kaiphas asks Jmmanuel to report his teachings.
v.19
Truly, just as your cult is written with much blood of human beings, also through the new cults (Christianity / Islam) will the abundance (quantity) of blood flow like the water in the brook, because the teaching of mine and the coming prophet Muhammed will be evilly falsified, for he will truly also teach love and consonance, peace and freedom, as well as honour and dignity for the woman in equal rights as the man (equality, equivalence, equal rights, and comprehensively the same rights in all things).
v.20
And everything will happen because my and also the new prophet’s (Muhammad/Mohammad) teaching of the prophets will be falsified, which has been taught truthfully since old time as the teaching of truth, teaching of spirit, teaching of life, as the teaching of love, teaching of peace, and teaching of consonance (harmony), so that no hatred and no falseness and no war and no forcible death will be given.

Gabriel:
Ch.29 Before Pilatus (Pilate)
v.18
And Pilatus asked and spoke: “It is also said that you were begotten by the angel Gabriel, Who is an angel of God?”
v.19
But he said: “You say that, but I say that I am begotten by the celestial son Gabriel, who is a guardian messenger of the JHWH, who is the ruler of the new human species.”
N.B. JHWH = JSCHWSCH, pronounced ishwish.
v.21 And Jmmanuel spoke: “Behold, eons ago, my spirit in me (part-piece of Creation-spirit = spirit-form) returned from the realm of a higher world (level of Arahat Athersata) in order to fulfill a difficult duty (task, mission).

After the Crucifixion:
v.24
Furthermore, I have traveled extensively to faraway places and I lived for many years in a land far to the east (India), so also there I was taught much knowledge and many secrets by way of the great wise ones and knowing ones, who are known as masters.
v.25 And I will be on my way there again with my brother Thomas, a loyal disciple of mine, once I have fulfilled my calling (mission) here.

Apparent Death:
Ch.27, v.45
So will it be when I wake up from apparent death (powerlessness) and appear again, so I will have lain in the tomb cave for three days and three nights.

Betrayal of Judas Ishariot, the Son of Simeon the Pharisee:
Ch.28, v.41
But Jmmanuel answered, saying: “Truly, I say to you. You may succeed in shielding (protecting) your son Judas as a betrayer, so that my disciple, Judas Ischkerioth, will be accused as my betrayer before the people for a long time, but the truth will come out and be known by all people throughout the entire world.