Creation is that which is responsible for the Universe and all life. It is the most primal, immense and greatest power which one can only ever imagine. The Creation is the BEING and Non-Being of the life. It is the most tremendous mass of spiritual energy that can possibly be. It is spirit in the purest form and is immeasureable in its wisdom.
The Creation is truly the most magnificent which stands above all life. And it alone is absolutely worthy enough to be respected, honoured and recognised by the human beings as Creation. The worship and veneration of a god, however, as the religions are able to offer, is contrary to nature and false. Whosoever knows this and still acts falsely, contravenes against the creational laws and recommendations and hinders his/her way of the evolution to the consciousness-based and spiritual relative absolute fulfilment – the way of the consciousness-based spiritual knowledge and the creational wisdom.
Our Creation is a Creation-Creation and it is the youngest, least-evolved, type of Creation. It has 7 belts, the 4th one being a material belt which contains our DERN universe together with our twin, the DAL universe.

The 12 Recommendations of Creation

The 12 recommendations of Creation are known as the Dodekalog.

1) You shall have no other mights and no gods, tin gods and holy ones next to the Creation.

2) You shall keep honoured the name of Creation and not misuse it.

3) You shall make every day into a day of festivity and venerate (control) it.

4) You shall not be breaking the bond with the Creation.

5)Honour the Creation equally as you honour, esteem and love your father and mother.

6) You shall not kill in Ausartung.

7) You shall not be robbing and not ne expropriating.

8) You shall not bear false witness against the truth, the Creation and the life

9) You shall never and never speak the untruth.

10) You shall not desire in avariciousness for material treasures and the possessions of the ones next to you.

12) Never and never put the Creation-recommendations and Creation laws into unworthy cults. 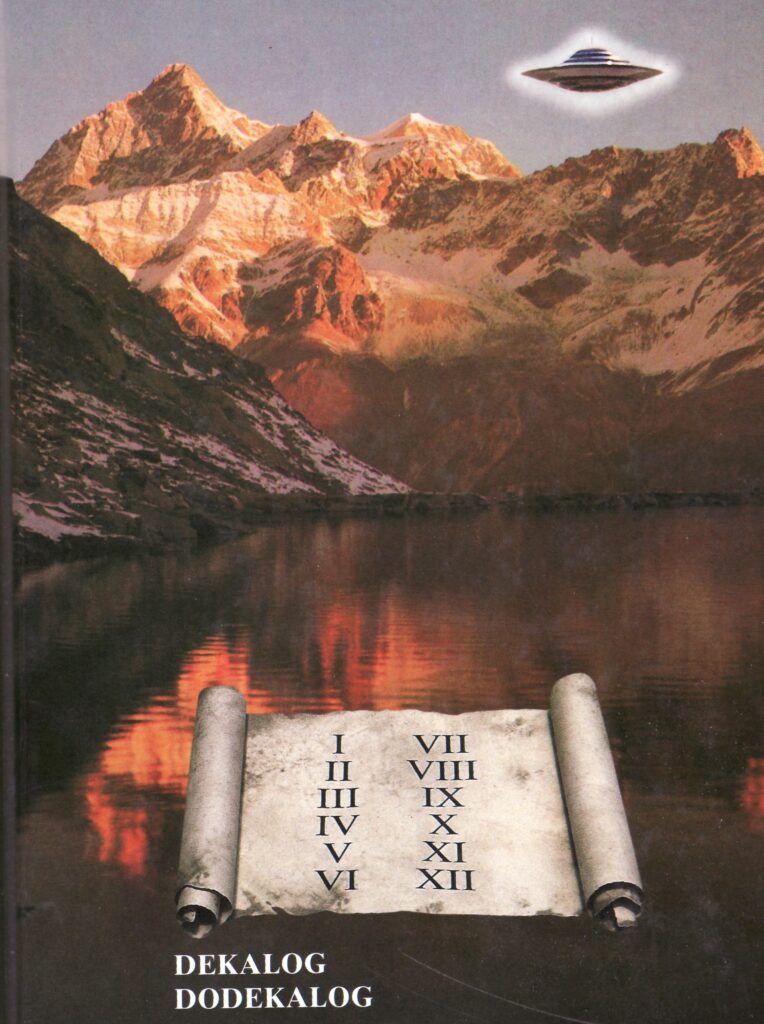 These Recommendations of Creation were transmitted to Billy through telepathy from the Petale spirit level in 1975.
Also at the turn of the 20th century these Recommendations were transmitted from the Petale spirit level to a woman who was a member of the Ur-Gemande Christi and who altered and falsified them and also omitted the last two. Her love of truth was caught up in the belief in her religion and accordingly she falsified the instructions into unvalues of her cultish religion. Likewise, the Arahat Athersata spirit level gave Moses  these Recommendations at Sinai, but he never revealed the last two in selfishness and imperiousness. Also, over time the first 10 were falsified and named The Ten Commandments of God.

N.B. There are 7 spirit levels. Arahat Athersata is the first and Petale is the seventh.

The Laws of Creation

The laws of Creation can be found and researched in nature and if the Earth human being lives according to the laws of nature, then he/she then recognises and follows the creational laws and recommendations. Here are some of those laws:

From the book Arahat Athersata – Transmitted to Billy from the pure spirit level Arahat Athersata.
Love:
p.178 The law of the love is the fundamental law of all creational laws, and this law also embodies the fundamental law of you human beings. Only those who practise themselves in selfless, universal love for everything, for all life forms and therefore also for all fellow human beings, are able to awaken within themselves decisive powers which lead to the truth and cognition.

Procreation -The principle fundamental law of life:
p.214 But you recognise it [the Law of oppositeness] also in the masculine and feminine which – as two contrary powers which in themselves, however, each form a complete oneness – in the union, appear as a hyper-oneness and embody the act of procreation, the principle fundamental law of life. For around 2,000 years , this knowledge had fallen into forgottenness for you Earth human beings because it had been displaced by religions and scientific irrational teachings.

Existence & Life:
p.34 A oneness is only able to remain such when it is not split, when no splitting is caused. When a oneness is divided, then it no longer forms a whole and the value of the relative absolutely full development is lost. This is the law of all existence, and it is the law of the life. Through this law, all evolution and the certainty is guaranteed, proceeding from brazen creational regulation. This law also has its validity for the Earth human being whose oneness in living together, in the whole mass of the humankind and as individuals, form the concord. 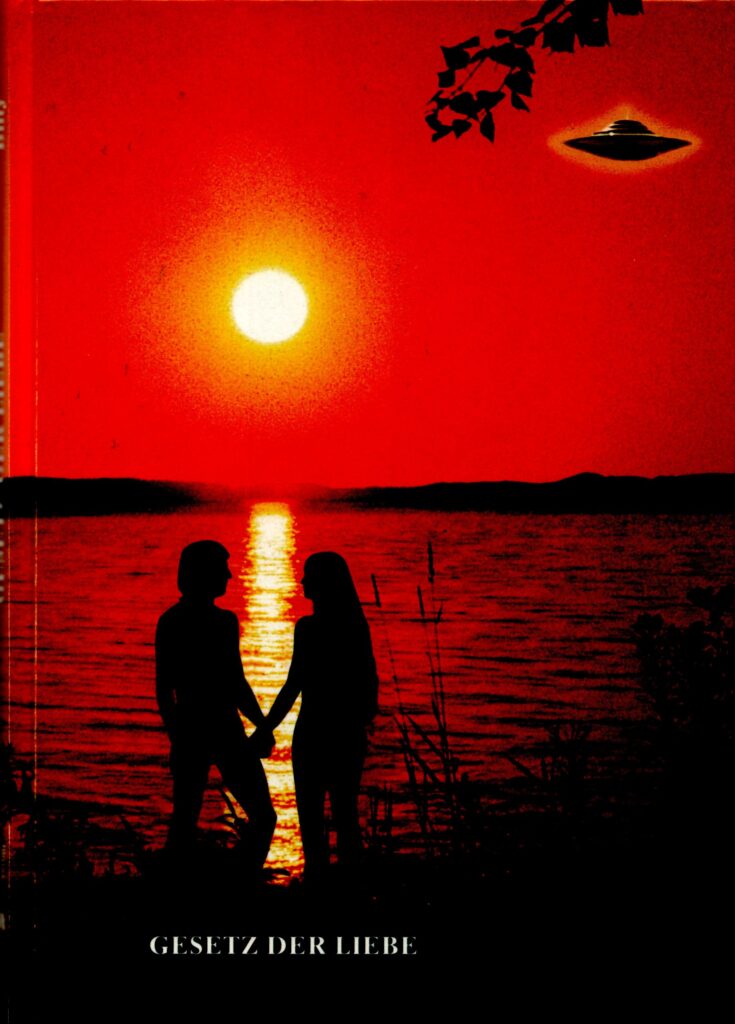 Oppositeness:
p.214 The interplay of powers of the oppositeness is encountered by the Earth human being in all spheres of life, in material as well as in spiritual. You recognise it not only from good and evil, positive and negative and the innermost and outer, but also in joy and sorrow. death and life, day and night, summer and winter, heat and coldness, love and hatred, and so on and so forth.
p212 For the forming of a hyper-oneness the union of two onenesses, which are themselves autonomous, is always necessary. These onenesses are always of contrary nature, namely, a positive and a negative. In the union, these poles which are in themselves unified in the hyper-polarity, the hyper-oneness, the absolute equalisedness. The oppositeness thus represents a creational fundamental law, without which no operation could be achieved.

Passingness:
p.110 All worldly material things are subject to the law of the passingness and are destined to the inevitable demise.

Eternal Developmental Change:
p.64 Everything lives in the law of the eternal development change and of the eternal becoming, thus even the becoming and emergence of truth-proclaimers proceeds from this law. The becoming and emergence of the truth-proclaimers and prophets is to be traced back to their own initiative and they are thus decades or even centuries ahead of their actual time.

Nourishment:
p.356 Every life form takes in its nourishment from the outside to the inside and usefully transforms and reworks it in a conversion process, making it capable of sustaining the life. The nourishment of the  spirit consists of pure fine fluidal-energetical, cosmic-electromagnetic form and lives in all things. All existing life forms are connected to each other through their inner spirit-forms and provide each other with spiritual energies as nourishment. This means that each life form is dependent on the other and forms a oneness in the individual as well as in the mass. This is the brotherly and sisterly connectedness of the life forms.

Trial & Error:
p.118 Any teaching, also that of the life and of the spirit, can only be fruitful if the concerning life form commits errors which lead to the cognition. According to creational, wise law, it is therefore required that every life form commits errors, burdens itself with guilt and sin, as this is inherent in your language; the committing of these errors, however, in turn requires that the life form, depending on its time, recognises that which is false from the errors committed, works them out and comes to the knowledge that these errors no longer have to be committed and must therefore be processed into the positive-equalisedness. Guilt and sin thus become obsolete and fall into the realm of human unlogic, for how could the learning one be befallen by punishment for errors committed if he/she must commit these errors through the determination of the creational laws and recommendations unavoidably for the purpose of the learning.

From the book Dekalog/Dodekalog and written by Billy.
Striving:
p.164 Striving is the ur-law of all evolution and all absolutely-full-development, and striving is the power of the life in the sense of the progress. If the striving breaks down within the individual human being, then this one becomes incapable of life, displeased with life and death-craving.
p.206 The fact of the new time and of the present time is this, that the human being has discovered anew the ur-creational law of the evolutive striving.